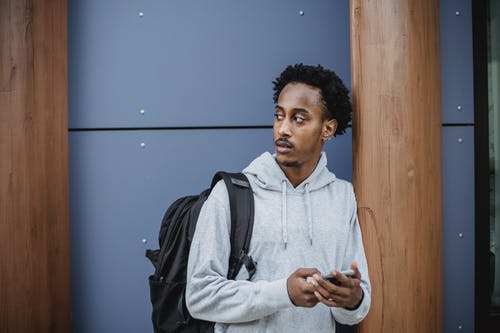 Launched in 2018 and headquartered in Nevada, Parler is a social networking platform for 13 years or older. It takes its name from the French verb Parler meaning “to talk.” It identifies itself as an advocate of free speech and believes in security, privacy, and freedom of expression. Therefore, Parler does not remove posts based on political or ideological differences. With above 15 million users, it is a great attraction for social media Market Company Sang Diego and others.

How Does Parler Work?

Parler is quite similar in working with Twitter. A user can post text or images for others to comment, approve, or “echo,”—identical to share/retweet. You can search for the account to follow as the app does not suggest “trends.” The feed of posts—called parleys—from followed accounts appears to users chronologically. A parley is limited to 1000 characters in length.

At Parler, users can privately contact each other via direct messaging. The users get badges; for instance, a golden badge is given to public figures, while parody accounts get a purple badge. A red badge means a real account verified by Parler.

For signing-up Parler, you would need a valid e-mail address and phone number. While registering, users can upload their photos or scan their government-issued photo identification to verify their Parler account.

Parler is often criticized for backing conservatives and far-right ideology. It has also been much liked by the supporters of former US President Donald Trump. Parler is particularly famous among users pushed out of other mainstream social media platforms such as Twitter.

Right after the Capitol incident on January 6, Google and Apple removed the Parler app from their app stores because it failed to remove violent content. The platform was dehosted by Amazon from their web-hosting service in the same month. However, Parler came back online in February 2021 from a new and independent host service. It has appointed Mark Meckler as its interim Chief Executive in place of John Matze.

Despite its relaunch, the app was not available to all users immediately. Also, users complained about their previous gone vanished from their profile. Users also face difficulty installing the app onto their phones, especially those who did have it before.  Parler is still not available on app stores either. However, it can be “sideloaded” for Android phones from the official website.

Parler does not allow its use for unlawful acts and crimes and discourages spamming and botting. It offers features such as mute or block comments and users. Users can also report content if it is against the guidelines of the app.

Parler now uses algorithmic filters to detect threatening or inciting content. Such content can be removed from the platform if decided by the Parler jury. The jury consists of volunteer users called “parleyers” who get training for this purpose. Parler has a trolling filter that detects personal attacks based on $ex, $exual orientation, religion, or race.

Advertisers cannot currently buy add space on Parler. However, they are free to advertise organically through their parleys.  Social media marketing service San Diego can be of great help if you are looking for advertisement options on Parler.

There is a new kind of social media star in South Korea: North Korean defectors,…

What are the Basic Components of Social Media Feed?